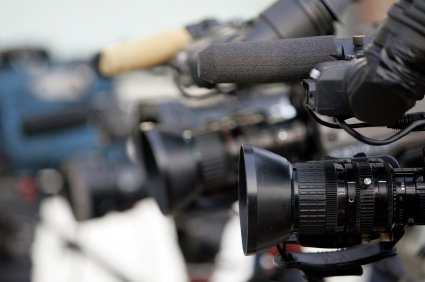 Word on the street has the Saskatchewan Roughriders signing a high-profile quarterback. Who is it?

You’ll immediately reach for your phone or open your laptop and try to find answers.

But where do rumours turn into truths?

Are there Hollywood actors filming a movie in the city? Who will you call who’s in the know?

There’s a heavy police presence on several streets in Regina’s downtown core. Who can tell you more about this? Who has the insight? Who can set the record straight?

The local media used to be the primary source of all news. Surely, a reporter at the newspaper would have answers to your queries. Someone at the radio or TV station could provide some direction as well.

But trusting the local media and the answers and news they share with the general public has slowly and surely frayed.

Trust is a common and crucial component in any strong relationship. Without trust, the relationship is sure to struggle.

That adage can be applied to the relationship between the public and local media. According to statistics, people aren’t believing everything they read anymore.

In the age of Internet and online news and social media channels, news is being shared everywhere you look. How much of it is trustworthy? Is it coming from a legitimate news agency?

Important details like the spelling of a person’s name and his/her job title NEED to be correct ALL of the time. If a journalist can’t spell a name properly then how can that same journalist be trusted to relay the facts of a story?

And then there’s ‘Fake News’.

A journalist’s job to be accurate in his/her storytelling has never been more imperative. Accuracy when reporting news always has been paramount, now more than ever thanks to declining trust in media.

Journalists in Canada, however, according to an annual poll dubbed the ‘Trust Barometer’ by the Edelman public relations firm, show Canadians continue to trust traditional media outlets in this country.

The poll showed that in 2017 some 51 per cent of Canadians reported trust in traditional and online-only media. This year, that number jumped to 61 per cent.

The poll also found that 54 per cent of respondents said they were not engaged with daily news and checked current events less than once a week. Still, though, that’s higher than the 50-per-cent average found globally.

The relationship between public and media south of the border has deteriorated significantly.

Seventy-three per cent of Americans say the spread of inaccurate information on the Internet is a major problem with today’s news coverage, more than any other potential type of news bias. Just 50 per cent of them feel confident people can cut through bias to sort out the facts in the news — that’s a significant drop from 66 per cent from about 20 years ago.

About 63 per cent say news organizations are too concerned with attracting large audiences; and that same percentage feared that journalists would sacrifice accuracy to be first to report a story.