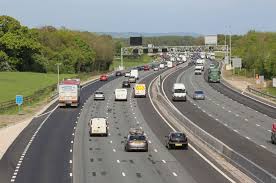 Watching civic crews in Saskatchewan’s major cities fight to keep up with water main breaks, or as we mourn the losses in the bridge collapse in Italy, conversations centred on infrastructure are growing increasingly common. And for us in the Western World, the discussion is broadly about maintaining and renewing our infrastructure.

But for at least the next three decades, we will increasingly hear about the world’s largest infrastructure development project. Originally called One Belt, One Road, it is now known as China’s Belt and Road Initiative.

The Chinese have earmarked trillions of dollars for development of major infrastructure projects throughout Asia and into Europe. Already, a new rail line connects China with the UK, delivering goods across two continents. The Chinese have plans for eight high-speed train systems worth several hundred billion dollars that will give them access to markets covering more than 60 countries and nearly five billion consumers.

This is important for us because North America is generally not included in this development and, at a time when trade is getting added attention, we will have to think carefully about maintaining our reach into world markets.