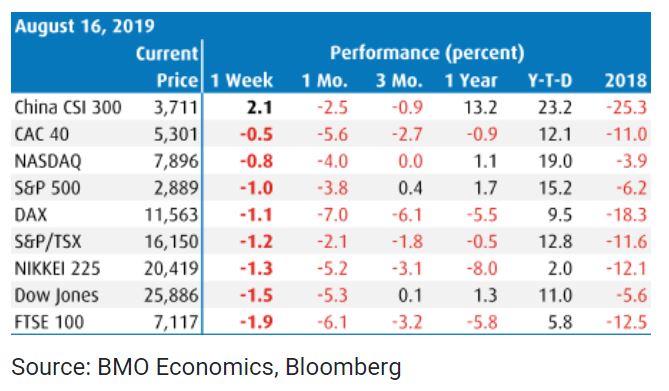 When the stock market had a one day swoon, dropping roughly one percent on something called the inverted yield curve in the US, all the talk was about a recession. The decline was over in a day and no American recession yet.

But why the noise?

The inverted yield curve is said to be the most reliable indicator of a recession we have. It generally does not offer up false positives so when it slipped to the surface, even for a fear hours, it was news. But is it the only indicator?

One of the economists at BMO Bank of Montreal offers some interesting insight into some of the other markers we should be tracking as well. And they are from the US economy which tends to set the direction.

First: initial jobless numbers. They’re up in the US but nothing noteworthy.

Second: orders. Order books at factories are holding up and, while not exceptional, they’re actually rising.

Third: building permits. These are flat.

And finally, the stock market, which has been trading in a narrow range for 18 months.