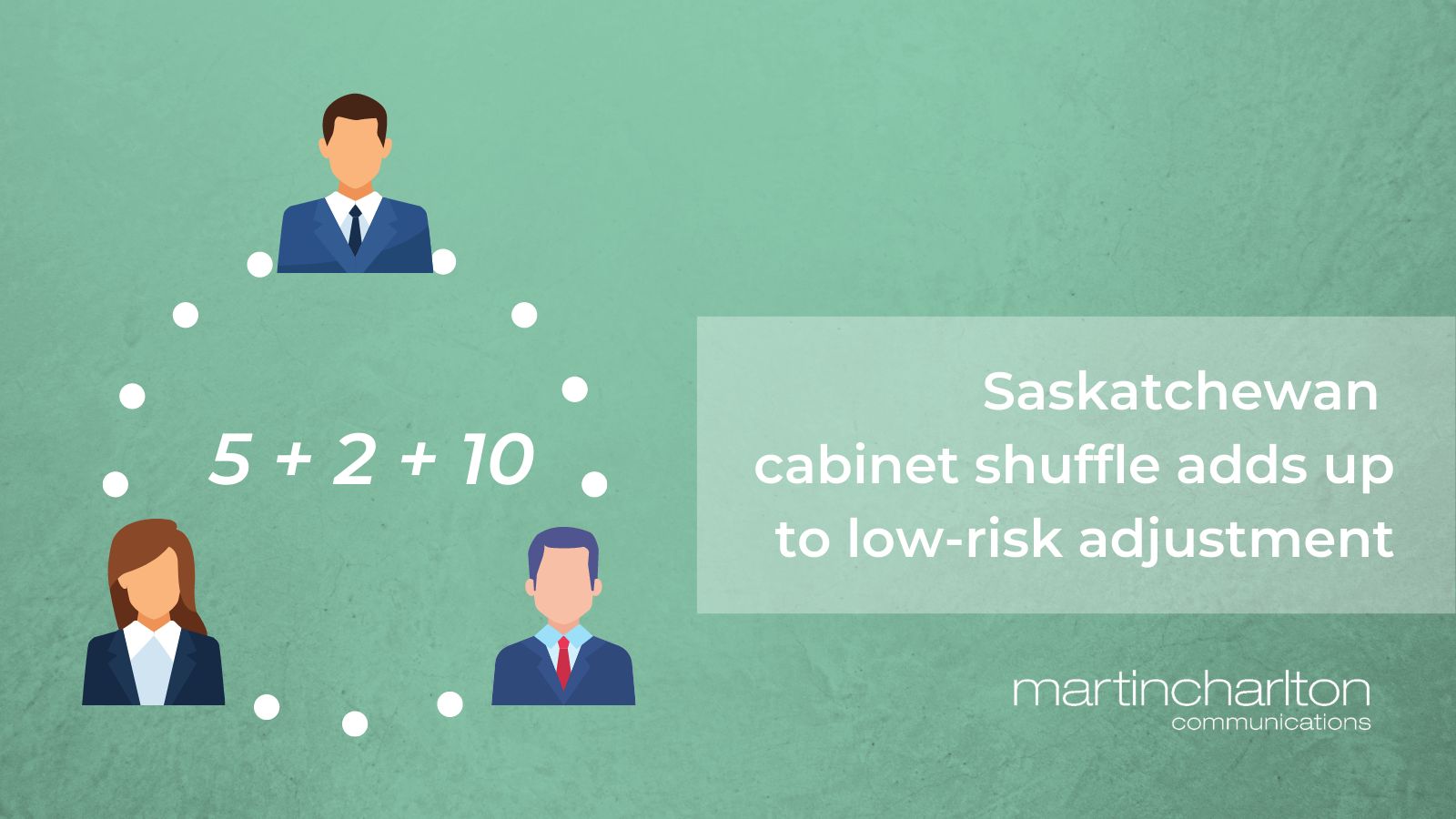 Saskatchewan Premier Scott Moe made the biggest adjustment to his cabinet to date, but the changes reflect a low-risk adjustment rather than a bold change to the front bench.

What changed on May 31 is that five existing cabinet members were placed into new portfolios.

Two backbench MLAs have been elevated into cabinet portfolios while two members of cabinet have been sent back to the MLA benches.

(Fred Bradshaw and Warren Kaeding had been Minister of Highways and Minister of Environment respectively.)

While two new MLAs entering cabinet is encouraging, one would have thought that there would have been more new faces brought in.

Ten current cabinet members remain in place and a number of those remain with the bigger portfolios including health, education and finance.

Two of the ten cabinet members retaining their portfolios have been in cabinet since the Saskatchewan Party formed government in 2007. They are:

Their longevity in government leads one to suspect that some or most of the members from the class of 2007 will announce their retirement prior to the next general election.

The next provincial election has to be held on or before October 28, 2024 so, there is still an opportunity to have another shuffle prior to that election. If that is the case, the premier will go into the next election with a much different set of cabinet members than what was announced this week.