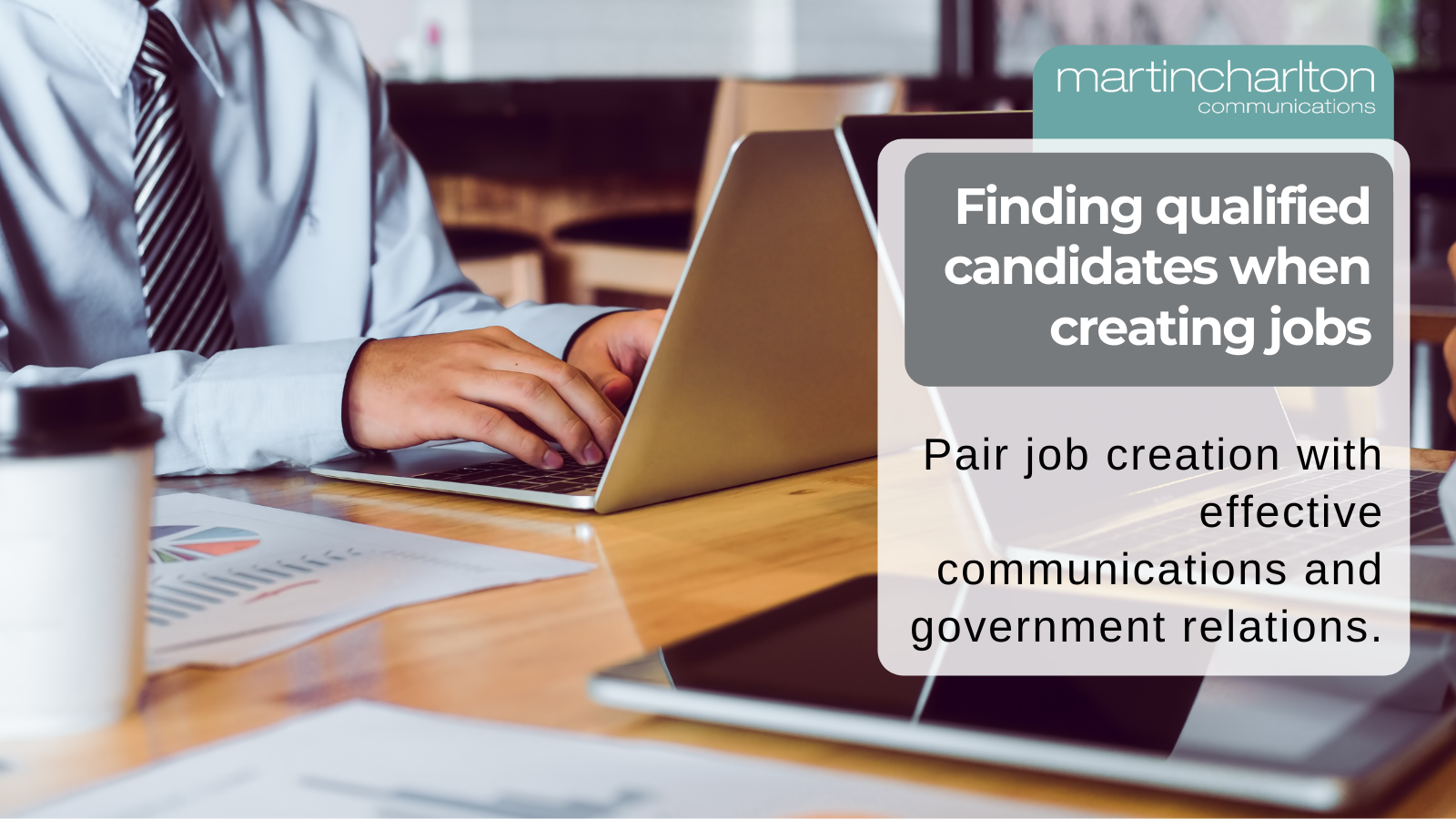 Recruiting requires effective communication. Human resources professionals working to attract applicants in order to fill job opportunities should include communications in their strategy. We can explain how two Martin Charlton Communications services can help with your efforts to find qualified candidates – a communications audit and government relations.

But first, get to know the state of the overall labour market. Here in Canada, more jobs are being created than we have people entering the workforce, helping to explain what we are seeing in Saskatchewan’s labour market.

There were roughly 20,000 jobs going unfilled in this Saskatchewan at the end of last year.

Back in June, the mid-point of last year, Saskatchewan set a record for job vacancies at 4.3 per cent. By the end of the year, the situation had improved slightly to four per cent, but it is looking like that ratio will tighten up as the numbers for 2022 start to come in.

That’s because the unemployment rate in February fell to under five per cent, the second-lowest in the country at only a tenth of a point behind Quebec.

It is a similar story across Canada as the year-end vacancy rate numbers were uniformly high through Canada.

Part of the problem may be the interruption in immigration flow we saw during the pandemic as we need to supplement the domestic labor pool with talent from abroad because the economy is growing faster than the population.